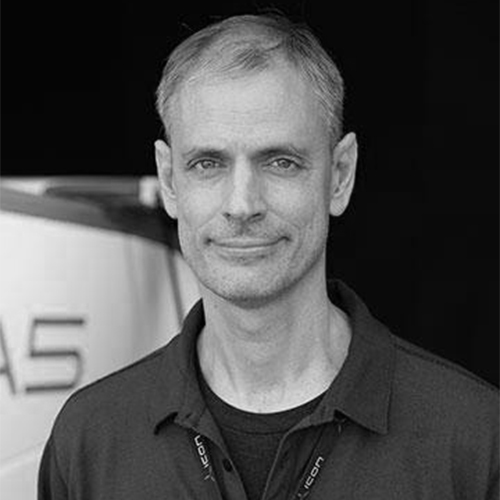 Chris leads ICON’s international sales and business strategy. Prior to ICON, Chris was a pioneer in the private jet industry in the Asia Pacific region when that market was in its infancy, leading Hong Kong-based Metrojet as its CEO from 2004 to 2010. During that time, he grew Metrojet from a single aircraft operation into the largest fleet of private jets in Asia Pacific and the world’s second busiest Gulfstream authorized warranty repair facility. Chris is a former investment banker at Goldman Sachs and UBS, where he worked on multi-billion-dollar mergers and acquisitions as well as capital raising. Chris received his bachelor’s degree from Oxford University and his MBA from the Sloan School of Management at MIT.  He is a jet-qualified commercial pilot fluent in Mandarin Chinese, Cantonese and French. In his spare time, Chris is a Mission Pilot and Squadron Commander for the U.S. Air Force Auxiliary, Civil Air Patrol.