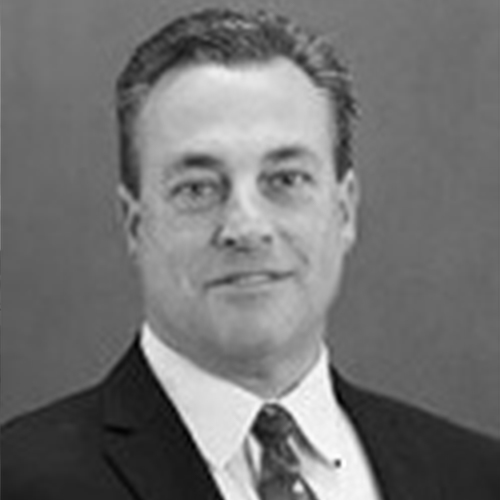 Mr. David J. Arsenault is President and Founder of Logistics Transformation Solutions, LLC providing strategic supply chain consulting services across all industry verticals including ports, carriers, terminals, logistics providers and beneficial cargo owners. Prior to starting this company in 2016, he spent 12 years at HMM where he  was named the first western President and CEO of Hyundai Merchant Marine

America responsible for all commercial, trade and operational activities in North,  Central & South America during one of the most challenging times in their 40 year  history. Dave later joined the senior leadership team of intermodal equipment  provider, DCLI, as Chief Strategy Officer where his role expanded to also include representing affiliated technology company, Blume Global which he continues to  represent to this day.

Mr. Arsenault has been in the supply chain industry for over 30 years and has held key  leadership positions where he acquired extensive experience in operations, sales, trade  management, logistics, and technology. During his 13 years at Sea-Land he held  various management positions of increased responsibility including 5 years in Asia  where he served as Country Manager in Thailand and General Manager in Taiwan.  Following the acquisition of Sea-Land by Maersk in 1999, he played an instrumental  role in the integration of Buyers Consolidators with Mercantile to create Maersk  Logistics (Damco).

Dave also spent over 5 years on the technology side of the industry starting at GT  Nexus where he managed the integration of ocean carriers to the portal while  establishing the business processes to support the e-Business platform. He then  transitioned to Globe Wireless, a maritime communications and technology company, as Senior VP and Chief Commercial Officer of Sales & Marketing where he was  responsible for more than doubling the size of their global fleet.

Dave is a graduate and recipient of the Professional Achievement Award from the  United States Merchant Marine Academy in Kings Point, New York, where he  obtained a Bachelor of Science Degree, a 3rd Mates License as a Merchant Marine  Officer for vessels of unlimited tonnage as well as a commission as a U.S. Naval  Reserve Officer. He has also attended the Executive Supply Chain Management  Program at Harvard Business School and the Executive Finance Program at the  University of Michigan Business School. Mr. Arsenault has served on the Boards of the  American Chamber of Commerce, the Pacific Maritime Association (PMA), the  Pacific Merchant Shipping Association (PMSA) and is the current President of the  Propeller Club of Los Angeles & Long Beach.