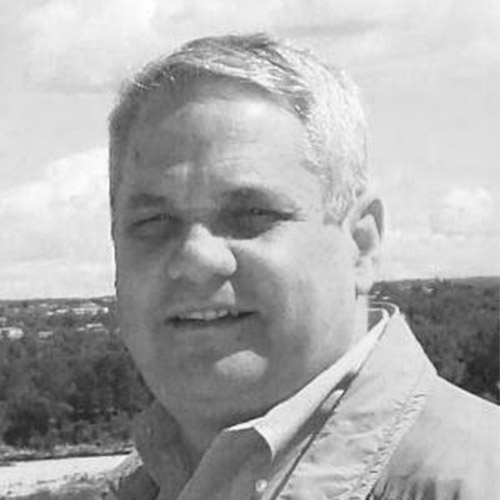 Col. John T. Hoffman is a Senior Research Fellow with the Food Protection and Defense Institute, a U.S. Department of Homeland Security Center of Excellence at the University of Minnesota.    His current areas of focus are on improving the resilience of the nation’s food supply systems and to reduce risks to the complex supply chains that support the food and agriculture infrastructure.   He is a co-investigator for the CRISTAL project that is designed to improve the documentation and overall risks assessment of all components of modern global food supply chains.  He is also working on improved bio-surveillance systems and early recognition of high consequence events so as to improve our early intervention capabilities.  His past research and development projects have included the Food and Agriculture Sector Criticality Assessment Tool (FASCAT), for which he proposed and developed the basic concepts in prototype; the development of national and state level bio-surveillance systems; defending against economically motivated adulteration of food and feed products; defense of the nation’s food supply infrastructure; and high consequence food event modeling.  He also serves on the Steering Committee for the new Food Safety Preventive Controls Alliance, established by the FDA to assist the private sector in meeting the requirements of the 2011 Food Safety Modernization Act.    He is also a co-investigator for the Import Safety vulnerability project that is studying the implications of and potential solutions for the recent national imported food risks, most notably those from china and Mexico.  He has served as a Visiting Scholar with the Office of Heath Affairs within the US Department of Homeland Security from 2007 until 2009.   From November 2003 to December 2005 he served a two year appointment to the U.S. Department of Homeland Security, as the Food and Agriculture Program Manager in the Infrastructure Preparedness Directorate, establishing a national program to focus on food and agriculture protection, threat and intelligence issues.

In these capacities he has worked directly with the various government agencies and law enforcement, intelligence, food regulatory and agriculture agencies at both the federal and state levels, as well as with the private sector, to improve the overall defense posture of the nation’s agriculture and food supply infrastructure.   In order to improve the ability of the private sector to reduce its vulnerability to terrorism and enhance its coordination with government, he assisted the food and agriculture industry in founding the Food and Agriculture Sector Coordinating Council (FASCC).   He also worked with USDA and FDA to found the Food and Agriculture Government Coordinating Council (GCC).  This council provides a forum to coordinate and collaborate between government agencies, at the federal, state and local levels, on the full spectrum of food and agriculture security issues.    The FASCC and GCC were the first such councils developed by DHS’s Infrastructure Protection Directorate and they became the models for the development of similar coordination councils in the other designated critical infrastructures and key resources (CI/KR).

In addition to a variety of duties focused on food and agriculture sector security and preparedness, Col. Hoffman has also served as the Chair for the U.S. Department of Homeland Security Avian Influenza Task Force Working Group on Agriculture.  In this capacity, he is played a significant role in the formulation of the Department’s plan to reduce the risk of Pandemic Flu for the nation.    He has also served as an advisor to the National Security Council and the U.S. Department of State for G-8 bio-terrorism issues, as a member of the G-8 Bio-Warfare Experts Group in 2004 and 2005, as well as serving on the U.S. Delegation to the U.N Bio-Weapons Convention 2004 session in Geneva.   He has also worked with an inter-agency team to implement Homeland Security Presidential Directive 9 and co-authored the concept paper for and assisted in the design of the National Bio-Surveillance Integration System.  He has also served on the White House Interagency Working Groups, Policy Coordinating Councils and, Planning Sub-Committees. Col. Hoffman has conducted numerous terrorism preparedness programs for industry and government at all levels.

Col. Hoffman also led the effort to create the original sector specific portal, focused on the food and agriculture risks and protection, within the US Department of Homeland Security’s Homeland Security Information Network (HSIN).  This portal provides a web based terrorism, disaster preparedness and situational awareness information sharing capability that serves both government and the private sector.  He has also assisted USDA, FDA and the FBI in developing a unique, inter-agency coordinated vulnerability assessment program for the food and agriculture sector entitled the Strategic Partnership Program for Agro-Terrorism.

Immediately following the events of September 11, 2001 and prior to his appointment with the US Department of Homeland Security,  Col. Hoffman served as the Director of Threat and Mitigation, Division of Emergency Programs, North Carolina Department of Agriculture and Consumer Services.  He also served on the North Carolina Governor’s Terrorism Preparedness Task Force as the co-chair of the Threat Committee and as a terrorism intelligence specialist and as a specialist in terrorism threat and vulnerability assessment.  Col. Hoffman led the effort in developing the North Carolina terrorism vulnerability assessment program as well as the state’s threat reduction measures guide for government and industry use.  Col. Hoffman has also drafted the North Carolina Security Advisory System for the Governor’s Terrorism Preparedness Task Force and worked with all departments of North Carolina state government and the law enforcement community at all levels on issues of terrorism threat and vulnerability reduction.  He served as an advisor to the most senior state officials in North Carolina and other Southeastern states on all aspects of terrorism threat, intelligence and response planning.  He frequently taught at the North Carolina Justice Academy on terrorism subjects as well as conducted state level terrorism exercises for state and federal agencies and for industry.  He has developed and conducted numerous bio-terrorism exercises on bio-weapons and high-risk pathogens for state agencies, industry and federal facilities including a national food contamination exercise, titled Dark Pantry, for more than 60 key state, federal and industry leaders in the food processing and retail industries.

Col. Hoffman has also served as a Subject Matter Expert to government, academia and industry on terrorism matters.  He has served as a Subject Matter Expert and developed the disease modeling data for the National Defense University in support of the Silent Prairie series of terrorism preparedness exercises for the Secretary of Defense.  He has also served as a Subject Matter Expert to the senior staff of the U.S. Secretary of Agriculture on the bio-weapons threat to U.S. agriculture and employing GIS techniques to model the potential effects of disease spread within livestock after an intentional bio-terrorism attack. He has also created senior management training and Strategic Policy Exercise simulations for state governments and for the US Defense Reserve Policy Board entitled Silent Farmland.  He has also developed and run similar exercises for the cattle, swine and dairy Industries and for the public health community.  Col. Hoffman has also served as a guest lecturer at numerous academic institutions including the North Carolina University Graduate School of Public Health, the University of Minnesota, Duke University, North Carolina State University, the University of Southern California at Davis, George Washington University and at the National Defense University in Washington, DC.

A retired U.S. Army Colonel, he spent the majority of his 31 year military career, both on active duty and in the Guard, as a Military Police Officer and Intelligence Officer working in the anti-terrorism, weapons of mass destruction and force protection areas.  During his military career he has worked in both the international terrorism field as well as in the area of domestic terrorism and security issues.  Colonel Hoffman served as a combat helicopter pilot and as an Infantry Platoon leader in the Republic of South Vietnam.  He also has extensive experience in managing military support to large-scale natural disasters at the state level.

Col. Hoffman is the recipient of numerous civilian and military combat and service awards, as well as foreign decorations, including the Legion of Merit, the Bronze Star, 14 Air Medals, The Humanitarian Service Medal, the North Carolina Distinguished Service Medal and the North Carolina Order of the Long Leaf Pine.  He has been recognized by the United State Department of Agriculture for his work to develop national programs to protect the nation’s food and agriculture infrastructure against disasters and acts of terrorism.  In 2003 he was recognized with a national award for Special Achievement in GIS by ESRI for his work in the development of the North Carolina Multi-Hazard Threat Database, a component of the state’s disaster and terrorism preparedness programs.  In 2002 the National Defense University recognized him for his work in disease modeling and development of simulation based disaster training programs.