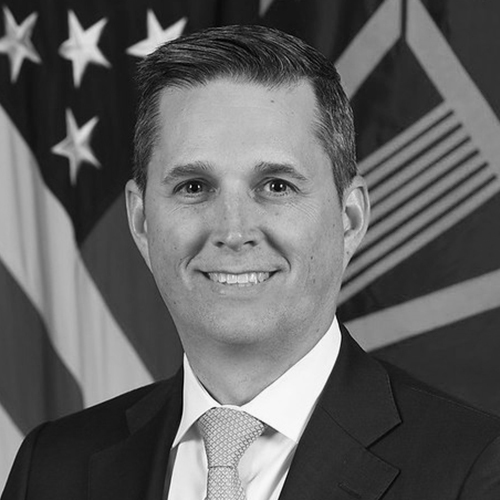 In the private sector, Mr. Hoffman has advised dozens of public, private, government and non- profit sector clients on a variety of government relations and public affairs issues. Prior to his recent civil service, he served as an adjunct professor of Homeland Security at the Citadel and of Military Justice at the Charleston School of Law. He was a co-founder at two start-ups – a politics focused social media platform and a public sentiment data analytics SaaS provider. In his role as a lawyer, Mr. Hoffman practiced corporate litigation at a large international law firm in New York City and served as an Associate General Counsel at the U.S. Department of State. He is currently a reserve officer in the U.S. Air Force Reserve Judge Advocate General Corps. He is a graduate of the University of Richmond and the University of Virginia School of Law.

He is a recipient of both the Department of Defense Medal for Distinguished Public Service and the Secretary of Homeland Security Distinguished Service Medal.