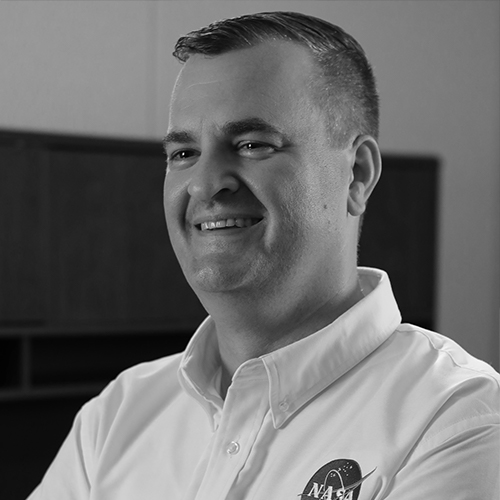 Mark D. Wiese is the manager for the Gateway program’s Deep Space Logistics at NASA's Kennedy Space Center in Florida. He provides project management expertise and strategic vision for commercial spacecraft, launch vehicles and integration services to advance the agency’s gateway lunar orbiting platform of complex systems, utilization payloads, and research and development technologies. Wiese oversees the design, development, test and evaluation of the spacecraft along with the program’s integration of commercial logistics missions to the gateway.

Wiese was appointed to the Federal Senior Executive Service in January 2017 as the deputy director of the Safety and Mission Assurance (S&MA) Directorate at NASA’s Kennedy Space Center in Florida. His contributions focused primarily on leadership development and strategic planning to ensure safety and mission success of Kennedy-managed programs as well as the center transition into a multi-user spaceport.

Wiese joined NASA in 2003 as a mission assurance manager for LSP, where he was responsible for leading the S&MA efforts for NASA’s Atlas V vehicle certification that led to the successful launches of the Mars Reconnaissance Orbiter and Pluto New Horizons missions. In 2006, Wiese was promoted to support the Space Shuttle Program as deputy chief of the Launch Vehicle Processing (LVP) S&MA Division, rose to division chief in 2007, and was responsible for planning, organizing and directing activities required to gain insight, assess risk, and influence safe and successful launch operations for the final 20 space shuttle missions and the Ares I-X development flight test.

In the years spanning from 2010 to 2016 under LSP, Wiese was appointed to chair for the Expendable Launch Vehicle Integrated Services 2 (ELVIS 2) Source Evaluation Board (SEB), made chief of the Flight Projects Branch of LSP’s Business Office, and then became chief of LSP’s Flight Project Office (FPO). Wiese received the NASA Outstanding Leadership Medal in 2010 for his role in transforming the culture and improving the workforce dynamics of the LVP S&MA team and again in 2012 for his efforts in the award and contract phase-in of ELVIS 2.

Mark was raised in Garrison, New York, and now resides in New Smyrna Beach, Florida, with his wife and three children.