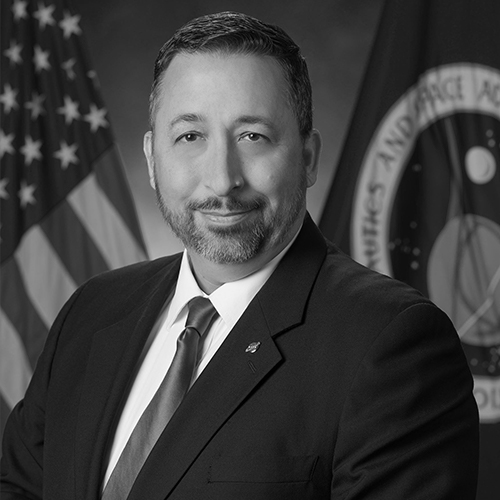 Mark McDonald was named Chief Architect for the Space Technology Mission Directorate (STMD) at NASA Headquarters in August 2019.  In this role, he provides executive leadership in establishing a long term vision for STMD investments, with an annual investment value of $1.1 billion.

McDonald was the international formulation team lead for the Gateway Lunar Architecture from 2012 through 2018.  Previously, McDonald served in many managerial roles at Johnson Space Center including Deputy Manager of the Design Integration Office in the Constellation program, the Branch Chief of the Avionics Systems Division’s Product Development Branch, the deputy manager of Avionics Project Management Office, and Chairman of the International Space Station Architecture Integration Team.  McDonald began his NASA career in 1987 as an electrical engineer at Jet Propulsion Laboratory and transferred to Johnson Space Center in 1990.

McDonald has a bachelor’s degree in electrical engineering from the Texas A&M University and a Master’s Degree in Aerospace Engineering from the University of Southern California. He has received numerous NASA awards and honors including a 2013 NASA Exceptional Achievement Medal, a 2004 Silver Snoopy Award and 2000 & 2001 Space Flight Awareness Awards.