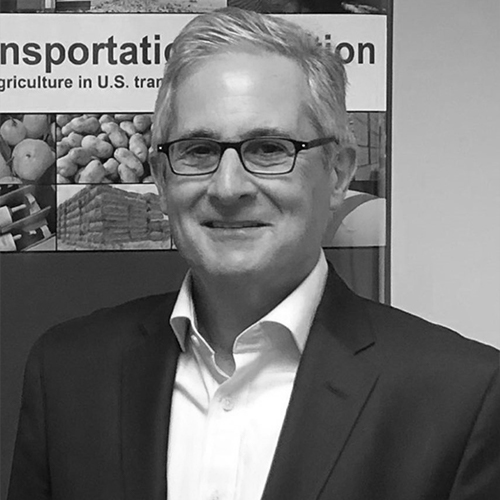 Peter Friedmann led formation of the Agriculture Transportation Coalition when a number of agricultural exporters sought assistance in dealing with transportation challenges.  The AgTC is now the voice for a broad cross-section of U.S. agriculture exporters, importers and their service providers who require competitive ocean, rail and truck transportation services in order to maintain and grow foreign marketshare.

As Executive Director of the AgTC, Peter annually conducts Ag Shipper Workshops around the country, and is a frequent speaker at major transportation conferences. He is one of the principle advocates of shipper interests before Federal and state agencies, Congress, ports and labor.

Peter, a native of Seattle, and graduate of the University of Washington Law School, served as Counsel for the United States Senate Committee on Commerce, Science and Transportation where he drafted the Ocean Shipping Act, Harbor Maintenance Fee/Trust Fund for port dredging, and other transport legislation.