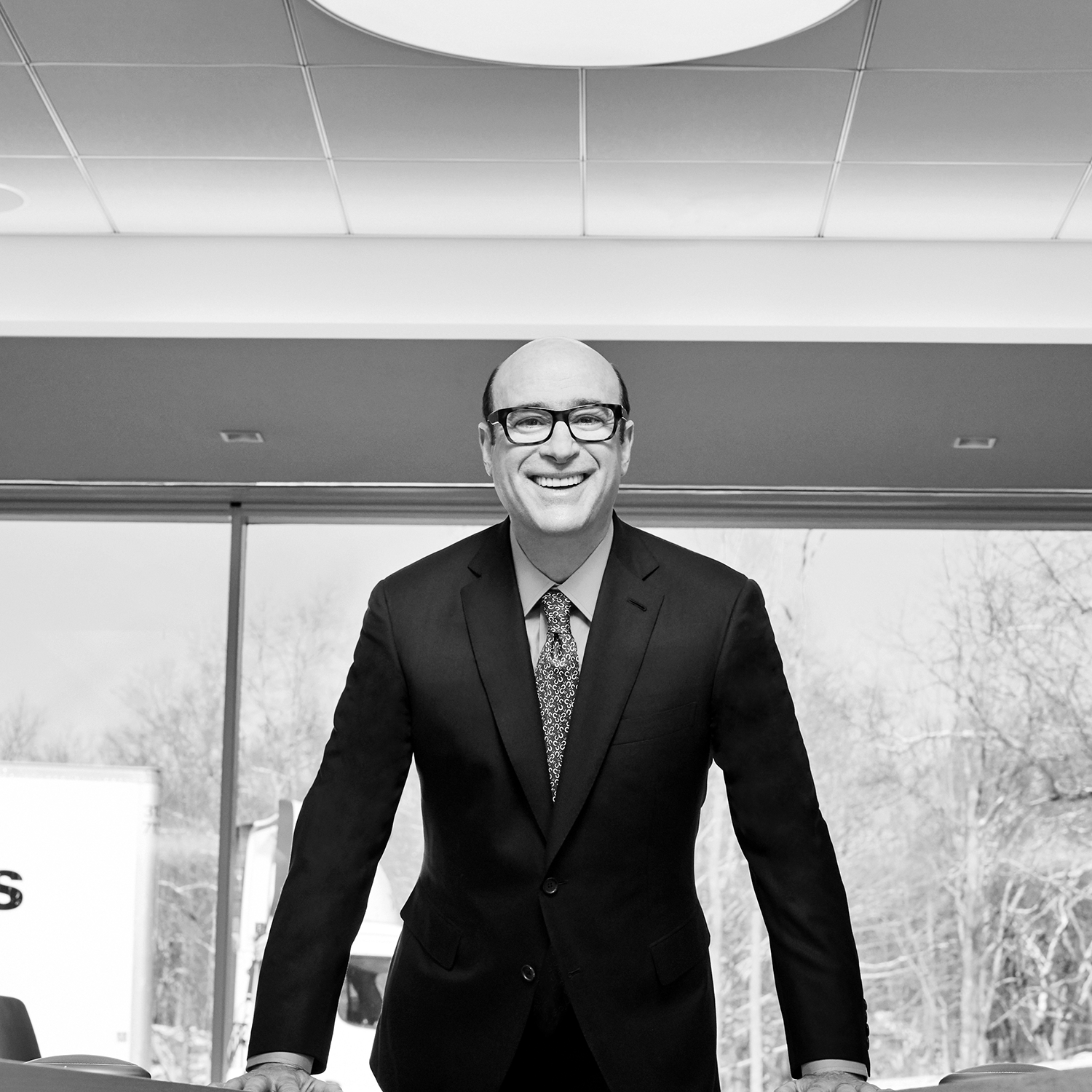 Bradley S. Jacobs is the chairman and CEO of XPO Logistics, Inc. and managing director of Jacobs Private Equity LLC. He has founded five companies since 1979 and led each of them to become billion-dollar or multi-billion-dollar enterprises. These include XPO, founded in 2011, and two other publicly traded companies.

XPO is a top-10 global provider of transportation and logistics solutions with more than $17 billion in revenue. The company is the industry’s foremost champion of technological innovation and a leading service provider in fast-growing sectors such as e-commerce. Its operations span 32 countries, with 1,535 locations and more than 100,000 employees serving more than 50,000 customers.

Prior to XPO, Jacobs founded United Rentals, Inc. in 1997 and created the world’s largest construction equipment rental company in 13 months. In the 10 years that Jacobs ran United Rentals, its stock outperformed the S&P 500 Index by 2.2 times.

In 1989, he founded United Waste Systems, Inc. During his eight years as chairman and CEO, he built the company into the fifth-largest solid waste management business in North America. Its stock outperformed the S&P 500 Index by 5.6 times, and the company was sold for $2.5 billion.

Previously, Jacobs founded Hamilton Resources (U.K.) Ltd., a worldwide oil trading company. As its chairman and Chief Operating Officer, he grew the company to an annual revenue of approximately $1 billion. This followed his co-founding of Amerex Oil Associates, Inc. where he served as CEO and grew the business into one of the world’s largest oil brokerage firms, with an annual gross contract volume of approximately $4.7 billion and offices on three continents.

Jacobs has raised more $20 billion in debt and equity capital, including two IPOs. In building his companies, he has completed approximately 500 acquisitions in North America and Europe. He is an American Shipper “Person of the Year,” an inductee of the American Rental Association Hall of Fame, and a member of The Business Council.