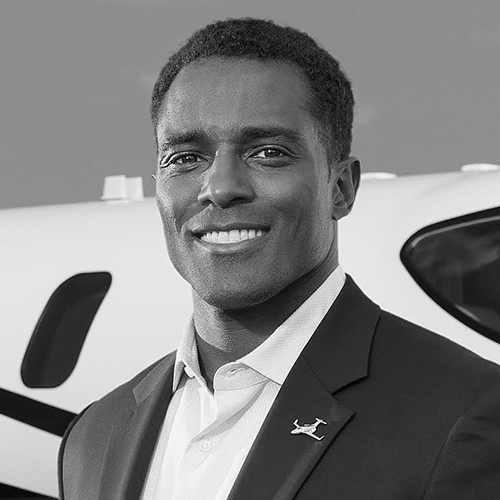 Prior to forming Jet It, Glenn provided transportation solutions as the Regional Sales Manager for the Eastern United States for Honda Aircraft Company. In this role, Glenn developed and executed a sales, communication, marketing business plan, and strategy to sell Honda’s first venture into aviation, the $5M+ HondaJet.

Preceding his efforts with Honda Aircraft Company, Glenn performed a sales support role as an International Demonstration Captain for Gulfstream Aerospace Company. Glenn began his career in the USAF as a T-38A Instructor Pilot and his military career culminated as an F-15C Flight Commander and 4-Ship Flight Lead. Glenn also participated as an active member of the US Embassy Kyrgyz Republic Country Team while deployed during OPERATION ENDURING FREEDOM.

Mr. Gonzales has MBA from the Darla Moore School of Business at the University of South Carolina, and a Masters in Aeronautical Sciences from Embry-Riddle Aeronautical University. He completed his undergraduate studies at the United States Air Force Academy earning a B.S. degree in Behavioral Sciences with a concentration in Human Factors Engineering.

In the community, Gonzales has served as a spokesman for Make a Wish, founded a military community outreach organization, The 71st Fighter Squadron Iron Foundation, and served as Program Coordinator for Special Olympics Area 22 regional competition. He has spoken at countless universities, corporations, primary schools and community organizations sharing his career experiences, and the business of private aviation.

Mr. Gonzales is a Lieutenant Colonel in the USAF Reserves, and is married to his wife of 15 years, the former Tanika Archer. Their two daughters, Kearston and Kendall are classically trained musicians who have performed as a violin and cello duo for numerous private, philanthropic, community, political, and government events throughout the United States, Europe, and Australia.