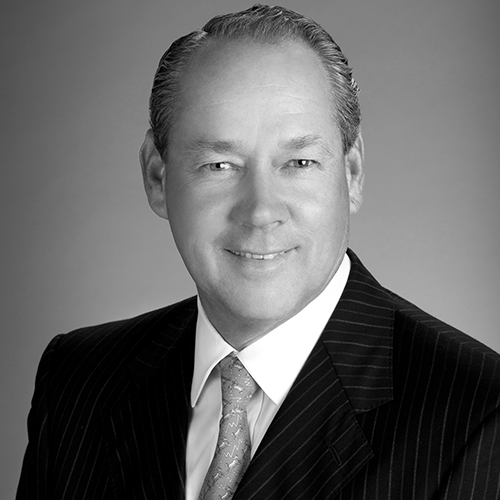 Jim Crane was born in 1954 in St Louis, Missouri.  His tireless work ethic, competitive nature and commitment to excellence came through in his youth as a standout pitcher for Central Missouri State University - now University of Central Missouri (UCM).  Crane received numerous awards and to this day holds pitching records.  He earned a Bachelor of Science in Industrial Safety from UCM in 1976 and went to work in the commercial insurance industry.  In 1982 Crane moved to Houston and entered the freight forwarding business.  Shortly after his move, he started his first of many companies.

In 1984, at the age of 30, Crane founded Eagle Global Logistics (EGL) with $10,000 borrowed from his sister.  Crane grew and transformed EGL from a domestic freight forwarder with two employees to a leading provider of global end-to-end supply chain solutions and logistics with 10,000 employees. In 1995, Crane took the company public (symbol EAGL).  By 2007 EGL posted revenue of $4 billion and had over 400 service centers in more than 100 countries.  The company won numerous awards for growth and reached #599 on the Fortune 1000 list. In 2007, EGL was acquired by CEVA after a hard-fought battle between Crane and the private equity firm Apollo.  Crane achieved a 60% premium over the December end 2006 stock price.  A win for his stakeholders (shareholders and employees) and came away wiser and very ready to get back to work.

With the proceeds from the sale of EGL and a wealth of business experience, Crane, the entrepreneur, accelerated his investment activity. He formed his investment management company, Crane Capital Group (CCG) in 2006, and what took him 23 years to build with EGL, he doubled in the 10 years after.  Crane is CEO of Crane Capital Group and is Chairman of the Board for his various companies.

In 2008, Crane returned to the freight and logistics business and started Crane Worldwide Logistics (CWW) with it’s first office in Houston, Texas. CWW was started with former EGL executives and under Crane’s guidance, the company was able to recapitalize and return capital in three years and achieve revenue of $1 billion in just ten years. CWW has grown to over 2200 employees spread over 130 locations in 35 countries. CWW provides ocean, air, ground, rail and warehousing solutions, trade advisory services, customs brokerage, and specizlizes in the energy, government, aerospace, life sciences and automotive industries. CWW adds value to their clients at every step of the supply chain through their core values of technology, service and people. CWW has received many awards since its inception, including being ranked among the top places to work in Houston, TX. In 2018, Air Cargo World ranked CWW # 21 and fastest growing company in their Largest Airfreight Provider category (https://craneww.com). In 2020, Transport Topics ranked CWW as one of the top 50 logistics companies. Crane Worldwide Logistics also operates Crane Solutions, a truck brokerage provider, founded in 2011; and Crane Freight & Cartage, a single-source provider of ground and logistics services in North America launched in 2009.

In 2010, Crane purchased The Floridian and quickly turned into one of the nation’s premier golf clubs with a completely reconstructed golf course designed by world renowned Tom Fazio (https://floridian.cc). Crane ranked No. 1 in Golf Digest's rankings of the nation's top CEO golfers in 2006 with a 0.8 handicap.

In 2011, Major League Baseball unanimously approved Crane’s acquisition of the Houston Astros.  He arranged capital of $615 million from investors and financial institutions to fund the purchase. Crane is the largest investor of the group, the MLB control person and Chairman of the Board.  Focused on achieving excellence and building a winning franchise for Houston, Crane restructured staff, focused on analytics, rebuilding the farm team, customer service, marketing, sponsorships and giving to the community.  His work and that of the team he built paid off:  On November 1, 2017, for the first time in the team’s long history, the Houston Astros won the World Series. A dream come true for a standout pitcher from Missouri, Astros fans and the city of Houston (https://www.mlb.com/astros).

In 2017, Crane acquired Davaco.  North American leader in the management and execution of high-volume remodels and technology deployments for global brands (http://www.davacoinc.com). Also in 2017, Crane Safety, a commercial safety supply and training company was founded in Houston, Texas. It has since expanded to eight locations across the United States. (https://cranesafetyco.com). Additionally in 2017, Crane opened restaurants Osso & Kristalla and Potente across from the Astros baseball stadium.  Crane also started Aperture, a winery in California.

Crane’s success empowers his commitment to both give back to the communities that impacted his life and make a difference in the lives of others. Crane has embraced the opportunity to give back to the City of Houston and beyond. In the immediate aftermath of Hurricane Harvey, Crane and the Astros ownership group were among the first to pledge $4 million to relief efforts. Crane also facilitated the shipment of more than 240,000 pounds of disaster relief supplies to Puerto Rico, where he was instrumental in transporting families of Astros and other MLB players, as well as hospitalized patients in critical condition, to safety.

One of his first initiatives was the creation of the Astros Community Leaders program, which won the prestigious Allan H. Selig Award for Philanthropic Excellence in 2017. In 2018, Crane introduced the Astros Golf Foundation to ensure that PGA golf and the funds it provides to local communities will continue to thrive. The Houston Open is now presented by the Astros Golf Foundation and has already made a huge impact to the Houston community, including a multi-million dollar renovation to the Memorial Park Golf Course in the city’s center.

Crane is committed to providing local children the opportunities he feels baseball afforded him in his youth. A multi-million-dollar partnership was formed with the City of Houston’s Parks and Recreation Department and included participation from several corporate partners, whose financial donations supported the field refurbishments, year-round maintenance, league programming and uniforms. Now, tens of thousands of young athletes receive free uniforms, equipment, tickets to Astros games and professional instruction through the Community Leaders program.

Crane has been the recipient of a long list of awards and honors for his entrepreneurial activities and business successes. Just this offseason, Jim was named a Living Legend by MD Anderson, he was presented with the Ben Taub Humanitarian Award at their Jubilee of Caring event, and he took home a 2019 Houston Sports Award as the Executive of the Year. In May 2018, he received the Public Service Award from the American Leadership Forum and was also inducted into the St. Louis Sports Hall of Fame where he received the August A. Busch, Jr. Award. On November 1, 2018, Jim was inducted into the Texas Business Hall of Fame and in December 2018 received the Jack Buck Award from the Missouri Athletic Club in St. Louis, Missouri.