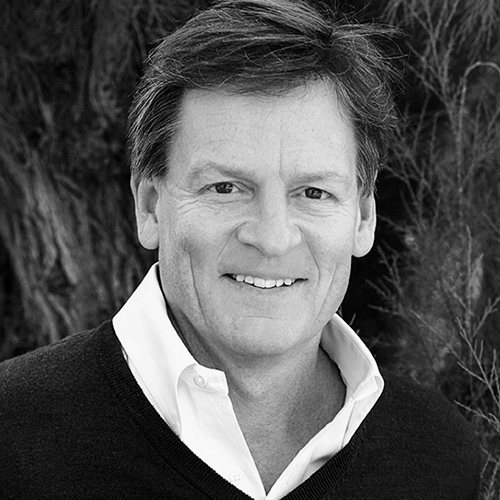 Journalist & Best-Selling Author
The Big Short, The Blind Side and Moneyball

Financial journalist and New York Times best-selling author Michael Lewis has published 16 books on subjects ranging from politics to Wall Street. Among his books are the NYT #1 best-seller Flash Boys, which reveals how the legal – but highly questionable – practice of high-frequency trading allowed certain Wall Street players to work the stock market to their advantage. Three previous books – The Big Short, The Blind Side and Moneyball – were adapted into blockbuster movies.

Lewis is a columnist for Bloomberg News and a contributing writer to Vanity Fair. His articles have also appeared in The New York Times Magazine, The New Yorker, Gourmet, Slate, Sports Illustrated, Foreign Affairs and Poetry magazine. He has served as an editor and columnist for the British weekly The Spectator and as senior editor and campaign correspondent for The New Republic. He has filmed and narrated short pieces for ABC-TV’s Nightline; created and presented a four-part documentary on the social consequences of the internet for the BBC; and recorded stories for the NPR show “This American Life.”